This is the koan curriculum of the Pacific Zen School. It’s the core of the koans we draw on, and someone undertaking formal koan study would make their way through these collections a koan at a time. Joan Sutherland and John Tarrant made new translations of these collections, and Joan Sutherland wrote extensive explanatory notes for them. We post these fresh translations here in the hopes that they will be helpful. We ask that you give credit where it’s due as they make their way in the world. 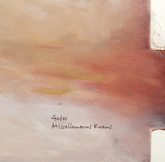 by Wumen Kuikai | Edited by Joan Sutherland The Wumen Guan was compiled in the thirteenth century by the Linji (Rinzai) teacher Wumen Huikai, who added a verse and a commentary to each koan. There are three English translations of the full text in our lineage : Zen Comments on the Mumonkan by Zenkei Shibayama, Gate- less Gate by Koun Yamada, and The Gateless Barrier by Robert Aitken. 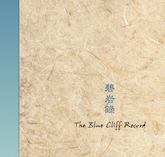 by Xuedou Chongxian & Yuanwu Keqin | a translation in progress by Joan Sutherland & John Tarrant The hundred cases of the Blue Cliff Record were compiled in the eleventh century by the Chan teacher Xuedou Chongxian, who wrote his own verses and remarks for each. In the twelfth century, Yuanwu Keqin added introductions and commentaries to the cases and to Xuedou’s verses. The name comes from the place in Hunan where Yuanwu gave his dharma talks on the collection. 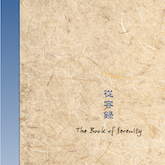 The Book of Serenity

by Hongzhi Zhengjue & Wansong Xingxiu | A translation of the koans in progress by Joan Sutherland & John Tarrant The hundred koans of the Book of Serenity, also translated as the Book of Equanimity, were among those written by twelfth-century Chan teacher Hongzhi Zhengjue. In the thirteenth century, Wansong Xingxiu compiled Hongzhi’s koans and wrote commentaries for each. Although the collection is associated with the Caodong / Sōtō school, they are also taken up in koan study by Linji / Rinzai practitioners. 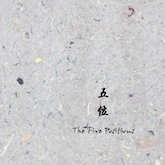 Attributed to Dongshan | a translation in progress by Joan Sutherland The Five Positions is often translated as the Five Ranks, but the Chinese title has more a sense of where you’re standing and the view from there, rather than of a hierarchy of experiences. Hakuin said that this poem contains “the main principle of Buddhism and the essential road of meditation.” Dongshan is said to have received it from his teacher Yunyan in a secret teaching; it was Dongshan’s successor Caoshan who at the least preserved and developed it. There’s a Japanese tradition of correlating the verses with Yijing trigrams, which are included.