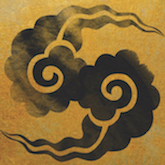 This sutra service is like a deep pool collecting all the streams of our tradition. The Ti-Sarana comes from the Theravada, the Way of the Elders, the earliest Buddhism. The Heart Sutra comes from the foundations of the Mahayana, as Buddhism moved into China. Japanese Zen is represented by Hakuin and Torei. The dedications are contemporary, written in English by John Tarrant and Joan Sutherland. In a transcultural tour de force, we chant the Sho Sai Myo in our American-inflected pronunciation of the Japanese readings of Chinese characters that were themselves a transliteration of the original Sanskrit. Rich Domingue, a Cajun musician, has given many of the chants musical settings that include the European waltz and the blues, one of the great indigenous American traditions, with its roots in Africa. Buddha nature pervades the universe.